Africa is a dream destination for Wildlife and Nature photographers throughout the world. There are many misconceptions and perhaps a fear of the unknown when it comes to travel in Africa, particularly for women. For our next webinar we have an all-female panel who will delve deeper into the subject of travel in Africa and how it has and still is evolving. They'll share their stories of travel throughput Africa, tips for planning, safety and how get the most of your African travel experience and share some of the incredible photos they've taken on these journeys through Africa. Angela Scott, winner of the Wildlife Photographer of the Year competition and publisher of numerous wildlife books and television series, was born in Alexandria, Egypt Angela grew up in Tanzania where family holidays in the Serengeti National Park instilled her lifelong passion for photography. Award winning and published Wildlife photographer Vicki Santello is a member of the North America Nature Photographers (NANPA) and Professional Women Photographers (PWP) and bases herself in Florida, USA. Vicki travels the world in search of the best wildlife destinations and has travelled countless times to Africa, often as a solo traveller. Hosted by Janet Kleyn, the resident photographer at Mashatu Game Reserve in Botswana. Janet has travelled extensively throughout the world and particularly Southern Africa. 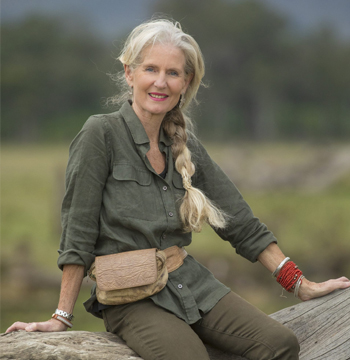 Angela Scott was born in Alexandria, Egypt, and spent her childhood in Dar es Salaam in Tanzania, before moving to Kenya In 1970. Angela’s life long love of photography began when her father gave her a box brownie when she was still a child. She married Jonathan Scott in the Maasai Mara Game Reserve in 1992 and together they have proved to be a prolific partnership, collecting material together for their award-winning books (36 in number) and traveling around the world as wildlife and travel photographers and television presenters. In 2002 Angela was the Overall Winner of the Wildlife Photographer of the Year Award, making Jonathan and Angela the only couple ever to have won this competition as individuals. Their award winning images have appeared in books and magazines around the world. 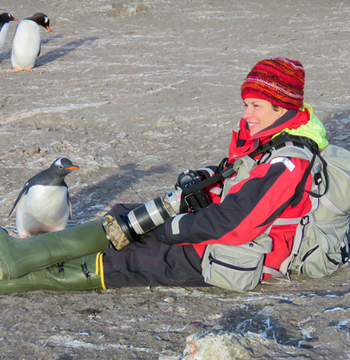 Vicki Santello loves seeing the world mindfully through the art of photography. Based in Florida USA Vicki has travelled extensively in search of unique and compelling images – She’s traversed the US, done numerous trips to the Polar regions including Antartica and Svalbard and photographed wildlife in five countries in the African continent on multiple trips. A member of North America Nature Photographers (NANPA) and Professional Women Photographers (PWP), Vicki’s images have received many accolades including Natures Best Africa - Wild cats of Africa behavioural category winner, Nature’s Best National Parks Top 100 Finalist, 2020, several Top 250 placements in NANPA 2017-2020 and semi-finalist in the Wildlife photographer of the Year (2019). Vicki’s work has been featured in numerous exhibitions and published in a number of magazines and the wildlife photography book Photo Tales which was published in 2019. 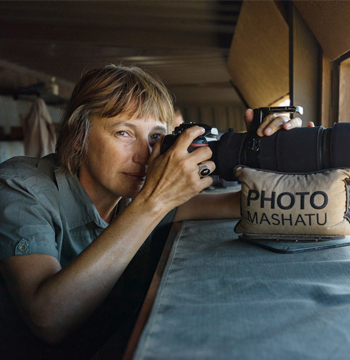